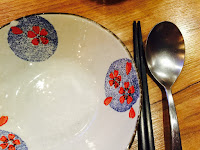 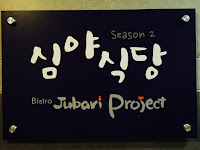 what was consumed: itaewon stew, sauteed pork with onions, chef's chili ... and beers!

looking for a late night meal? look for midnight bistro (aka shimya-shikdang). i understand that this eatery is named after the japanese movie/korean tv show, or, at the very least, in that vein. they welcome solo diners up to small groups (they don't have -too- much seating; keep that in mind), but you're in for a treat when you visit. 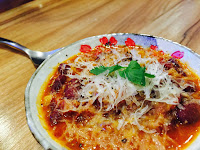 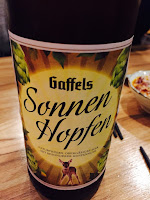 once seated, one of midnight bistro's servers will greet you and give you a lay of the land, including an ipad with the menu, and invites you to take a look at their beverage selection for your perusal and selection. you pick what you like, drink as you will, and pay for your selection at the end. easy peasy! and for food: they specialize in world cuisine, so have all sorts of different tasty treats (they also have cocktails, but i believe this should be ordered with the server. actually, not sure. i just see cocktails on the menu). our meal started off with a bit of chili. our server said that the flavors were supposed to be reminiscent of the chef's home country (not korea) and it served as a little appetizer that whet our appetites. 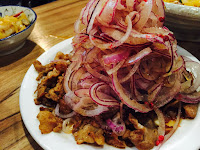 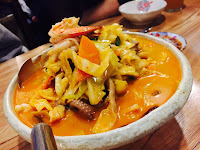 we opted to go with a seasonal option (the pork) as well as one of their specialties (the itaewon stew) as we were looking to grab a bite to eat after the big bang concert :D (note: they have a seasonal/rotating menu). 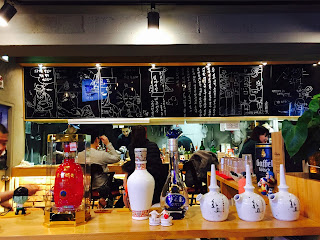