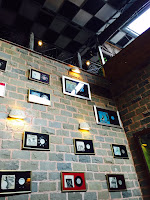 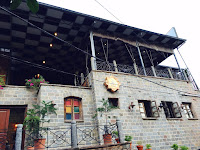 what was consumed: all the things! some naan, some chicken, some lamb, some veggies, all delish.

there are a few places in town that, along with pakistani food, have a sort of pakistani feel to them. andaaz is one of those places. 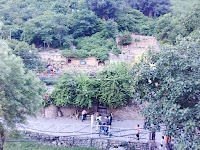 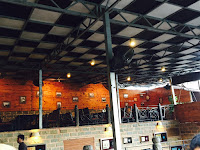 the andaaz in islamabad is located in saidpur village, a traditional-like village in look and feel. as you're sitting in the open dining area of andaaz, you get a chance to look out at all of the green that is part of islamabad. and, if you go for dinner as we did, you get to enjoy how the look changes as the sun goes down and the night lights go up. just to be a part of that is worth the visit to andaaz. 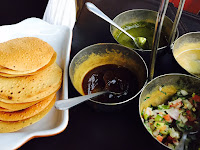 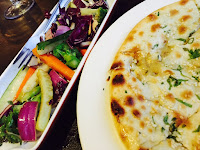 but the food! yum. we had a series of dishes that i can't recall (despite the availability of the andaaz menu online). it was definitely a combination of veggies, chicken, seafood (shrimp), and lamb. most things were served like a curry, unless it was a naan (of course). and everything was delicious. one person in our party was concerned we hadn't ordered enough food; i'd definitely recommend at least 1 dish per person, in addition to appetizers. but don't worry if you don't order enough! they'll always take additions to your order. YUM. 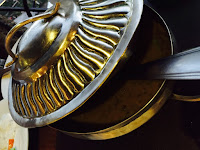 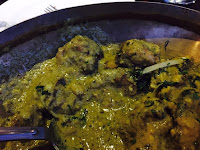 if there's something i didn't like, it was that the servers brought around comment cards at the end of your meal and waited for you to fill it out (for my comment, i said that i didn't like that the servers did that), but if that's the biggest complaint, then that's not a big deal! so, despite the sort of hassle to eat at andaaz, i'd go through it again. so fun, so delish!